The Lost City of Maya : “El Mirador” in Guatemala

The Lost City of Maya : “El Mirador” in Guatemala

It is the largest known ancient Mayan city and also the oldest. Which even predates “Tikal”.

Here, one of the Pyramids called “La Danta” is the largest pyramid in the world. (not the tallest)

The perimeter of this city is greater than the size of downtown Los Angeles and only 3~4% have been excavated so far according to Dr. Hansen.

If you are lucky enough to cross paths with the archaeologists at the site then you will get to see the underground passage beneath one of the structure called Jaguar Paw Temple (structure 34),

the remote location of El Mirador has prevented it from becoming a popular tourist site; trekking 5 days into the jungle being the shortest route.

According to the archaeological site management record; the number of people visited the site during last year in total was 300~400 people and is on the rise steadily.

This is approximately 2500 year-old remnants of history.

If you love solitude in nature and interested in history, then this is definitely the place I strongly recommend visiting.

This article will be a guide on how to get to El Mirador.

In order to start the trek to El Mirador basin, one needs to reach the town called Flores up north of Guatemala. 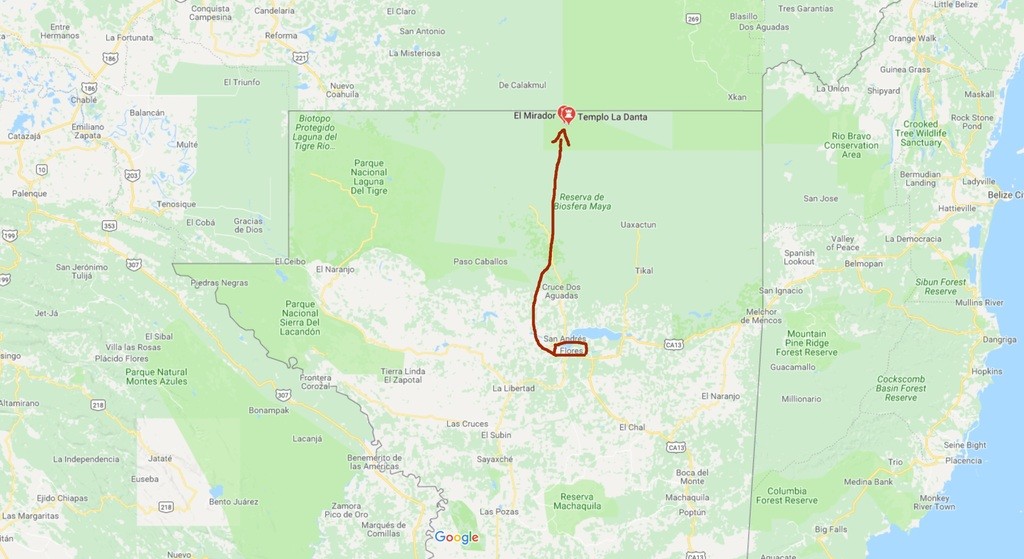 Once you arrive in Flores, there is an Agency named  Cooperativa Carmelita There is a man named Juan Carlos (+502 4836 9423) who can arrange you with
a guide to take you to El Mirador Basin. I recommend you to stay at least one night at the town Flores before trekking into the jungle. Keep in mind that it will be more pleasant to walk during the dry season when the mud is less swampy. Once you get to Isla de Flores, Juan Carlos will lead you to a cheap hotel (50 quetzales) 10 steps away from the agency.
The cost for 5 days trek to El Mirador was 1500 Guatemalan quetzales (around 200 USD) all inclusive that comes with meals, guide, and camping equipments.
Almost any price is negotiable with the people around here. This was the lowest price I have gotten during my time. 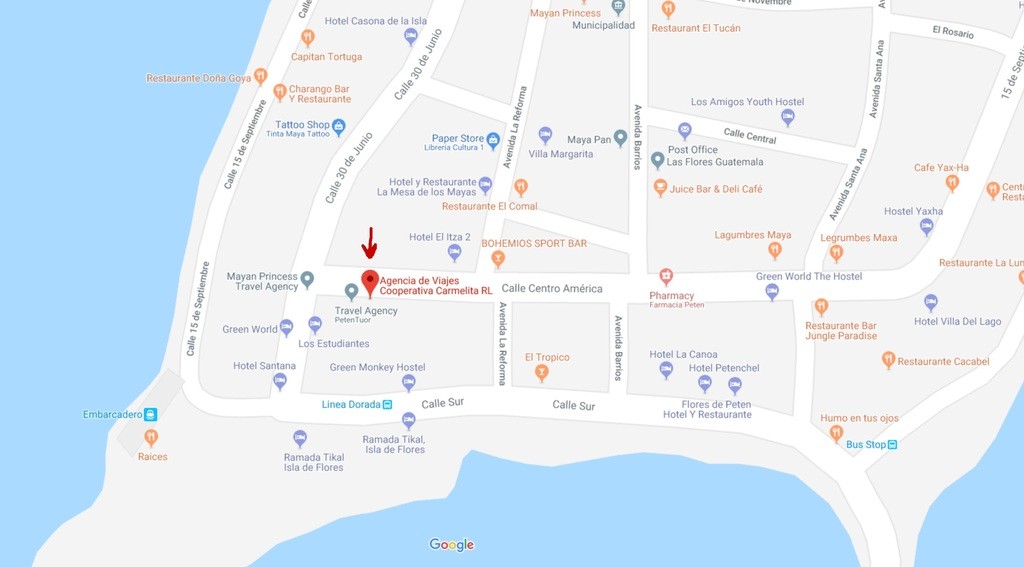 Agencia de Viajes Cooperativa Carmelita R.L. Phone: 7867 5629
This Agency is a solid one you can trust. The money they earn supports the community village near the El Mirador Basin called “Carmelita”. 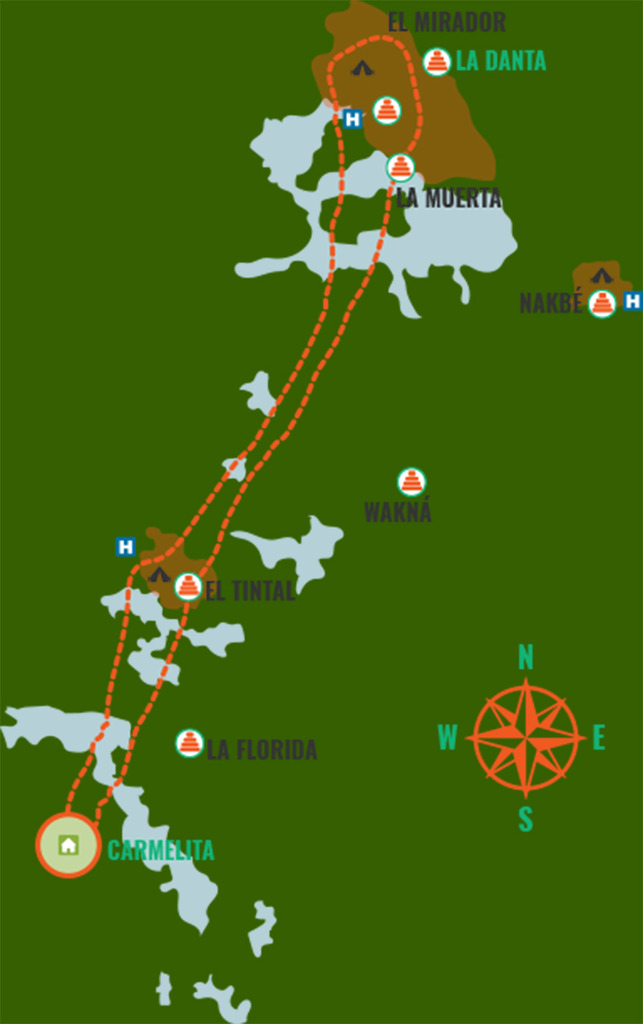 **Tintal is the first base-camp site**

For many years now, the ‘cooperativa’ had the intention of handling all of the tourism in the area, but they’ve always been defunct for the most part. Now it seems they have become more organized and are controlling all tourism entering the Mirador Basin through the village of Carmelita

After having breakfast at Carmelita, the trek begins towards El Mirador.

Approximately walking about 22~23 km average per day for the first two days and then stay two nights at the second base-camp in “Acropolis Central” where you will visit “El Tigre”, “The Jaguar Paw Temple (structure 34)” and the pyramid “La Danta”.

how it will look when fully excavated (source: http://www.latinamericanstudies.org/el-mirador.htm)

Story of the Curious Man

Leave a reply Click here to cancel the reply

Story of the Curious Man